You must login to post a message.
Gamezopher5 days ago
Those are very nice additions in the Amiga 500 collection, Ironclaw. Thanks

I'm working on an old-school point and click game, those will inspire me.
Gamezopher19 days ago
I also turned 45 last month. I'm still a super fan of video games, especially 16-bit jRPGs and adventure games.

xRavenXP28 days ago
It's been a long time since I've been here. I need help to use OBS. I'll message you on Discord and be more active there from now on. 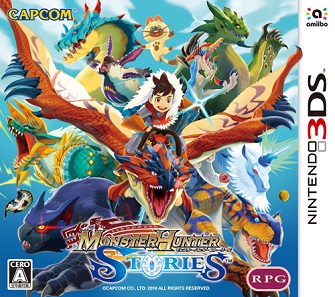 Welcome to Hakum Village where you play as a young rider (Lute/Sophie) who finds a Rathalos egg along side Cheval and Lillia, the egg hatches and the Rathalos bonds with the rider. The legend speaks of a rider who rode a White Dragon. The now named Ratha returns with them to the village, which is later attacked by a violent Nargacuga that has been afflicted by the Black Blight. Ratha bravely defended Hakum Village from the Nargacuga, but he was seemingly killed in battle, and one of the casualties was Chevals mother. This causes him to grow a deep seeded hatred for monsters, after a year, the village recovers from the attack, and they are ready to become full fledged riders by gaining a Kinship Stone. The rider is ready to venture out into the world and tame monsties while dispelling the Black Blight, and on the way the rider meets Navirou an unusual felyne.
The gameplay style is a turn based system with rock-paper-scissor style combat, where you fight along side your monstie, if you or your monstie gets the correct attack then that builds up your Kinship, which can be used for either combat skills or a super attack called a Kinship skill. You can find eggs from dens (Normal, Quest, High Rank, Rare, and High Rank Rare), Navirou's sense of smell is helpful when finding eggs with good genes, and once you're back in a village you can hatch your own monstie that have their own overworld skills for traversing the land, sky, and sea. To forge armor and weapons you have to defeat a specific monster for their materials, but it would cost you zenny (currency), you can earn more zenny by completing side quests. Some areas such as the snow and lava areas require heating/cooling items that will help you in battle, you later gain access to talismans and channeling genes from one monstie to another. You can obtain many monsties, ranging from the Bird Wyvern Velocidrome to the Legendary Elder Dragon Kirin, although some monsties are only available in the Japanese version.
You can view all discussion threads in this forum.
You cannot start a new discussion thread in this forum.
You cannot reply in this discussion thread.
You cannot start on a poll in this forum.
You cannot upload attachments in this forum.
You cannot download attachments in this forum.