DiggerandIndy16 days ago
If anybody wants to record Rayman Legends on PS4, be my guest. I refuse to go any farther, and I won't 100% it either.
Floopy20 days ago
Just finished metal gear sold on the ps1, perfect game.

DiggerandIndy24 days ago
I wasn't satisfied with my previous Scott Pilgrim PS4 entry. The audio was slightly off-sync, but the current submission remedies that.
Shoutbox Archive
Users Online Now 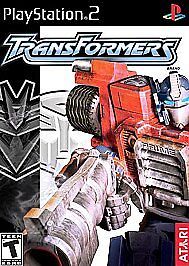 The Minicons that had remained dormant for millions of years ever since escaping Cybertron have been activated, the Autobots and Decepticons arrive on Earth where their war continues. It's up to Optimus Prime, Hot Shot, and Red Alert to prevent the Minicons from falling into the Decepticon's clutches, these Minicons are small power enhancing robots have a mysterious origin. Search for the Minicons in a semi open world area, while fighting Decepticons such as Starscream, Cyclonus, Demolishor, Tidal Wave, and Megatron. Autobots, Transform and Roll Out!