DiggerandIndy4 days ago
Wheel of Fortune DS has been resubmitted. Sorry about that.
Gamezopher6 days ago
For information, it appears that King of Fighters 13 is the only missing game in the series in the WoL collection.
coastadam10 days ago
Hi RickyC question will you play a long play of the first Rallisport Challenge? 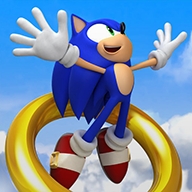 WhiteHedgehog10 days ago
@Spazbo4 Yeah,YouTube have file limits too!
Gamezopher11 days ago
@valis77, is your latest post a cryptic way to say you're currently longplaying Breath of Fire?
Shoutbox Archive
Users Online Now

Requests for the New Year

First time posting here, but I've been a fan of this site for years, best LP quality I've found online.

Just have a few(?) requests, with the console optional

Keep up the good work:D

Of those games, few of 'em have been done:

Spazbo4 did Dead Space 3 for PS3. It is awaiting upload.
I THINK there was a Syder Arcade in the FTP at one point. Dunno what and/or where the hell it is.

As for the list in question: I have been playing Saidaioujou on and off, mainly trying to clear 360/Arrange Mode (Stage 4 mid-boss or Stage 4 boss stops me). IF I was to do Arrange Mode, it will be with Shot-type because I am absolute GARBAGE at the game. I could play safe, but I like to score. Also, if I was to do the Arcade version, it would be on Novice because, again, I am garbage at the game. (Stage 3 mid-boss aka that goddamn Ketsui boat) Relevant, but not relevant: I've also been on-and-off on Resurrection/Daifukkatsu Novice, but...can't make it to Ura Loop. <_< The Laser Wheel.

I've also been trying to go through Hard Corp Uprising on Arcade mode 1CC. I COULD go through it in Uprising mode, but "maxed" characters and max Chain Laser at the beginning of the game is too boring. Maybe...I should disable them.

On-and-off on Darius Gaiden. Get offed by K!Fatty Glutton.

Bravely Default is one of the many 3DS games I wanna do.

I've been meaning to do Project Sylpheed, but it will be from a NG+. =X Also, it is only on 360. =P I'm guessing you mean Silpheed: The Lost Planet.
ungulwaiter Posted 8 years ago

I meant Project Sylpheed on XBox 360.

I have seen Gunbird 1 here, but I was hoping someone could do Gunbird 2-the Arcade version, it's a side scrolling shmup.

Senko no Ronde Duo is on this site, but not the first one.

Just a few others I'd forgotten:

Laters
"In the game of life and evolution there are three players at the table: human beings, nature and machines. I am firmly on the side of nature. But nature, I suspect, is on the side of the machines." -George Dyson

Funny. Ar Tonelico series is also on my to-do list. I just have to beat them first. I think I am the only here that actually plays Gust games. Was definitely gonna do Neptunia Victory. I didn't do it earlier because I was waiting for the DLC to be released. I have my files ready for Normal and True Ending events. I have to grind for the DLC.