You must login to post a message.
Gamezopher1 day ago
Those are very nice additions in the Amiga 500 collection, Ironclaw. Thanks

I'm working on an old-school point and click game, those will inspire me.
Gamezopher16 days ago
I also turned 45 last month. I'm still a super fan of video games, especially 16-bit jRPGs and adventure games.

xRavenXP24 days ago
It's been a long time since I've been here. I need help to use OBS. I'll message you on Discord and be more active there from now on.

Hello I'm new to the site hope i posted this on the right section. I saw your longplays and I really enjoyed them! So since I have a few games I'd love to see played I thought I could try and ask away for someone to play them. All the games are for the original Gameboy. I'll list them in order from the most wanted longplay to the last :)

1) Volley Fire: It's a game from Toei where you control a spaceship and fight with another enemy spaceship. The goal is to shoot the other spaceship and destroy it by damaging it with several shoots before being damaged yourself. The game is divided into several space areas and each area has 4 levels (3 normal ship fights and 1 last boss fight) and the last space area is a boss rush. Bosses has more life and fire bigger projectiles and some also fire missiles. During levels there are obstacles like neutral ships shooting both sides, asteroids blocking shoots, blocks reflecting shoots and power ups that can restore life, make you invincible or upgrade your shoot. Since the last boss rush area is reachable before completing every space area I'd love it completed with every area and possibly by upgrading your shoot to the maximum fire power.

2) Catrap: It's a puzzle game where a girl and a boy are morphed into cats and have to win all the 100 levels to go back to humans. In this game you have to push enemies away and work your way through wooden blocks and boulders in order to access the enemies (for example there are some enemies who aren't affected by gravity and won't fall if they have no ground below them). If you make a mistake you can rewind your actions and fix your mistakes. I'd love it played by alternating levels between the boy and the girl (who can be chosen as playable characters before starting the game) by doing one level with the boy and one with the girl if possible.

3) Flappy Special: In this game you control a mole-like creature who's target is to push a glowing stone to the glowing spot goal avoiding to be touched by enemies who can be put to sleep by throwing sleeping mushrooms at them that can be found inside the level and possibly crush them below boulders. The path is not always straight and you have to use boulders and other strategies to clear your path to the goal. The game can be played in two different modes each composed of 80 levels. I'd love it played 100% on both modes if possible and with the original music playing

4) Dragon Slayer 1: It is one of the first ever published actior RPG games and it has a catchy and pretty famous music. The goal of the game is to gather 4 crowns to complete a level of the game by exploring the surroundings. You can pick up coins to raise your HP potions to use magics a sword to heavily damage enemies rings to move objects and a holy cross to be invincible by enemies attacks(also you can't attack while bringing a cross). I'd love it played through all of the Phases (two if i remember correctly) if possible.

5) Loopz: This is one of my most beloved games. In this you have to complete figures by bringing together "tetris-like" pieces that the game randomly provides you and the biggest is the figure the more points you get. However I'd only ant the game "Mode C" to be played. In this mode the game at the beginning of each screen provides you with a complete figure and then it starts deleting some of the pieces and then it starts giving them back in a random order and your goal is to complete the figure again as it was before. I'd love it longplayed through all of the levels from Mode C with the music being A the original one.

6) Penguin Land: This is another puzzle game where you control a penguin that has to bring his egg at home avoiding it being cracked by making it fall from too much height or from all the obstacles the penguin has to face like bears (who can be defeated by crushing them below boulders) that will beat the penguin and prevent him to go back to the egg which can result in eagles throwing things on the egg breaking it. The penguin can make his way to home by using his peck to break the ground but being careful to not break the egg from the fall. I'd love it played through all the levels with the original music playing.

7) Serpent: A game really similar to Snake where two serpents battles each other in order to circle the other one around it's body and so make it explode. There are several weapons that makes the enemy go faster or slower and others that makes your serpent shorter or longer. I'd love it played on Mode 1 (or Mode 2 if you're good enough) at level 4 which is the maximum speed with a victory of 7-0 to complete the best final.

8) Boxxle 2: This is a puzzle game where you have to move wooden boxes to a set position signed with a dot. I sadly don't know the game plot. I'd love it played with the original music.

These are the games I'd love more to be played. There are more games but less important which I'd like to be played I'll try to list them with some infos.

- Koro Dice: A game where you have to move a six face dice through a kinda-labyrinth making sure to reach the goal with the number 1 facing up. The game has several features like black holes moving the dice all around arrows that prevents you to move freely but only in the direction of the arrow and a block that flips the dice and moves it randomly. I'd love it played through all the levels

- Klax: A tetris clone where you have to make lines and diagonals with the same pieces to make as more points as possible. I'd love it played through all the levels

- Hyper Lode Runner: A game where you have to collect all the triangle shaped objects to complete a level while avoiding enemies chasing you by using ropes and breaking the ground to run from them and retrieve the hidden triangle shaped objects. I'd love it played through all the levels with the original music

- Q Billion: A puzzle game where you control a mouse who has to move numbered squares in order to have them all showing the number 1. I'd love it played on Mode A through all the levels

- Palamedes: A tetris like clone where you have to complete lines with dice shaped like blocks with 6 numbers. I never understood the rules but I loved it since it was one of the games from my childhood. I'd love it to be played on tournament mode

- Daedalean Opus: This is a puzzle game where again tetris like objects has to be put together to complete a square. I'd love it played with original music through all the levels

- Trump Boy: A game where you can play three different card games with poker cards. I'd love them to be played all ending with a victory if possible (sorry I'd love to explain the rules of each of them but I honestly suck at this)

- Flipull: Another puzzle game where you are provided with a block and you have to hit the same blocks in order to win the level. I don't know if it's possible to actually complete all the levels (or if there is actually an end to the game)

Sorry about the long post but I tried to do as told in the FAQ and I tried to provide as many infos as possible. Sorry for the long list of games but I love them and I truly wish to see some of them played professionally by skilled and experienced players to enjoy them to the fullest. Thanks for the attention and I'll hope and look forward to see some of them in your Youtube channel in the future :)
Kiyogames Posted 7 years ago

No one is willing to do any of mines? 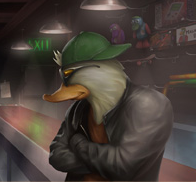