DiggerandIndy23 days ago
@Gamezopher Sure am! And thanks!
Gamezopher24 days ago
So you're back for real, DiggerandIndy? Mario & Luigi RPG is a great addition. 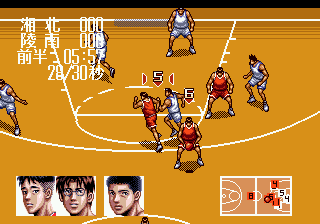 Experience the joy and thrill for a young man who will play in one of the best teams for an entire season. We will play for the main prize raffled among Japanese schools. The game is based on the well-known anime released in 1993 by Toei Animation.

The game looks great and is challenging enough so I promise you won't get tired of it for a long time. It's a shame that all the texts are in Japanese, can someone translate the game?