DiggerandIndy17 days ago
If anybody wants to record Rayman Legends on PS4, be my guest. I refuse to go any farther, and I won't 100% it either.
Floopy20 days ago
Just finished metal gear sold on the ps1, perfect game.

DiggerandIndy25 days ago
I wasn't satisfied with my previous Scott Pilgrim PS4 entry. The audio was slightly off-sync, but the current submission remedies that.
Shoutbox Archive
Users Online Now

For some reason no one have done this so far.

It looks beautiful, does it work with any DS emulators?
Sic Parvis Magna

If there was a way, i would have done this already a long time ago, as after all i did the Gameboy one too ;)

So that's why no one have recorded it yet. I really did wonder, because it looks fun :)

Yes, I have watched it many times! :)

Just Googled for "dsi emulator" and found these

Can these really emulate DSi as they say? 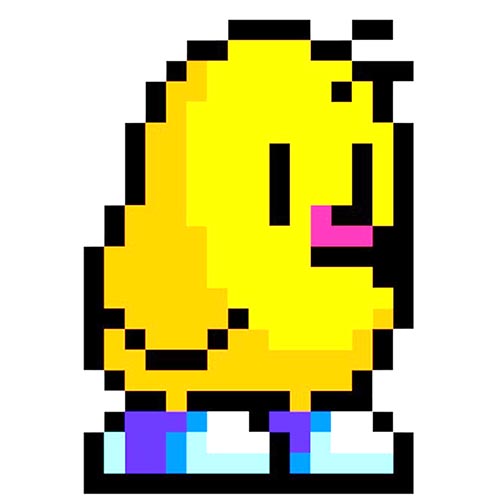 The DSi emulators work but online DSiWare games like Shantae can't be downloaded and so it can't be played on them.

The only way would be too play it on a real DS and have a way to connect the DS to a TV.

IF it can play DSi-enhanced games. There are a couple of ROMs floating on the interwebz. One I can think of that is DSi enhanced is Pokeymanz Black and White. DSi enhanced games are pretty easy to recognize. Just go to a scene release site (my choices are GBAtemp and ludibria), go to the DS section, and look for DSi #xxxx or something like that.

Even if it works, there's no way to tell if it can play DSiWare games since they don't exist on the interwebz.

This guy have recorded the game on a TV.

Does that mean he have found a way to dump the game to a file?

More like used a camcorder and had it zoomed in.

Plus, the person who made it is female according to the person's name in the channel description. (why yes, I am one of the few people who reads them)

Some hackers or something did find a way to dump DSiWare gaemz, but it is useless since you can't play them. It would be useless. Just like the 3DS ROMs that are floating on the interwebz (it is impossible to play them on a regular flashcart...provided the damn thing boots on a 3DS. You need a 3DS flashcart, which doesn't exist at the time of this post.)

There aren't that many flashcarts that work on a DSi and there's really only one that enables DSi mode (the rest that are compatible only works in DS mode).

I wonder what makes the DSi so special, that it haven't been hacked.

Either DSi mode isn't the easiest thing to hack or no one cares for the DSi, which I believe is a lot.