You must login to post a message.
Gamezopher9 days ago
Those are very nice additions in the Amiga 500 collection, Ironclaw. Thanks

I'm working on an old-school point and click game, those will inspire me.
Gamezopher23 days ago
I also turned 45 last month. I'm still a super fan of video games, especially 16-bit jRPGs and adventure games.

xRavenXP1 month ago
It's been a long time since I've been here. I need help to use OBS. I'll message you on Discord and be more active there from now on.

Video game released in 1999 by Squaresoft. Very unique for it's combination of street racing and role-playing elements. Story starts off with a new member of a street racing team in Yokohama as he tries to learn about his forgotten past and a mysterious race that took place ten years ago. Released for the PlayStation One, it is also well known for having jazz/techno fusion music. It didn't have a lot of good reviews and it was never released outside of Japan, but it still sold over 100,000 copies. 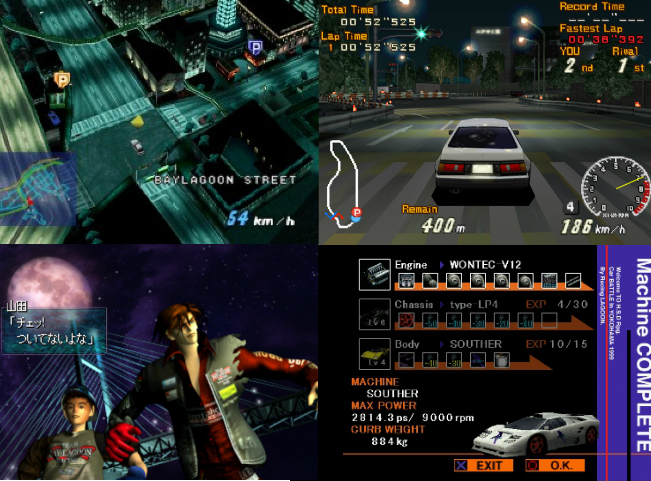